Todd’s an early tech adopter and entrepreneur. He’s been at it for over 25+ years. He built a dial-up ISP. Built computers. Worked with Neo Pets, Zimbra (Yahoo), and even Google, in both the Apps Platform and Business Photos – 360-degree virtual tours in Maps.

Todd picked up a camera in 2009 when his daughter was born and got bitten by the Shutter Bug. In 2018 he became a full-time Headshot and Personal Branding Photographer, a member of The Headshot Crew, and a mentee of (arguably) the best headshot photographer in the world, Peter Hurley. Shabang!

Also in 2009, Todd read a book called The Go-Giver. It resonated so well with him that he reached out to the author, Bob Burg, to express his feelings. Todd’s been a Go-Giver Coach since 2010, and recently became a Certified Go-Giver Speaker to help spread the word of “A Little Story About a Powerful Business Idea” and help authors, speakers, and creatives how to implement the “5 Stratospheric Laws of Success.”

Todd is an avid hockey fan and has taken up playing ice hockey and coaching his son’s 12U Travel Hockey team. He shares his home in New Port Richey with his amazing wife Robin, two school-age children, Delana – the figure skater, and Micheal – the hockey player, and their rescued Belgian Shepherd, Riley. 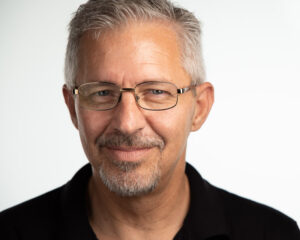 Todd Pillars is a photographer of people, places, and things. An inspiring videographer and author he tries to write and make videos that resonate with people. There’s a book in here somewhere… Read More ->

Join the 8+ readers who get new photos, musings and commentary, and interesting links delivered to their inboxes every week:

Countdown to knowing if I have a job or not!